“I have heard this and I can tell you it is GREAT! Luti has taken his music and refined it till it purrs. Jovano!” 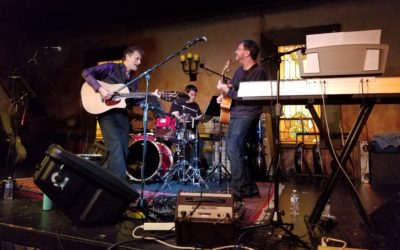 We are already in February, and I trust your 2020 has begun well! Aside from a few aches and pains here and there, my New Year hasn’t been too bad, and I do have great expectations from it, especially in November! Musically, lots will be happening in my life this... 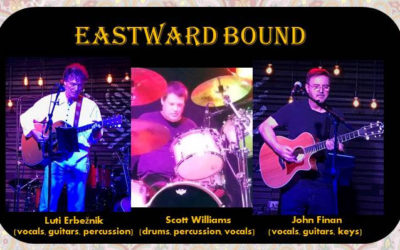 A long awaited concert is fast approaching: Eastward Bound will be performing this Saturday, January 5 at Livonia's Trinity House Theatre. John, Scott and I are thrilled to kick start the 2019 concert season at this super nice listening venue with an exciting...

Here is to a fabulous New Year to you all! I started writing this post a few weeks ago, and before I turned around, 2019 has already crept in. Last year was a whirlwind year of music for me, with lots of performances woven into my otherwise pretty packed life: total...

No shows booked at the moment.

Raised in the multiethnic milieu of Yugoslavia, Luti grew up immersed in Balkan folk music, classical music and melodic rock. When he arrived in the U.S. on a Fulbright scholarship to study molecular biology 30 years ago, his home country was bound for a brutal civil war, and Luti’s passion for truth telling, songwriting and performance grew.

“A deft touch with social justice themes, Luti is a writer of love songs to humanity.”

Luti performs solo and with fellow artists in the Greater Detroit area. With his solo albums Half a Century Later (2010) and the recently released Whistleblower, Luti brings us the vibrant rhythms and surprising chord progressions of southeastern European folk. His engaging voice, accompanied by melodic guitars and rich percussion, returns us to nature, awakens our social consciousness, and affirms the possibility of universal love. His song How Many Years won the 1st prize in the Huron Valley Martin Luther King Jr. Art Contest in 2015. His songs Be the Proud and Place Called Home have been included in Neil Young’s “500 Anti-War Songs” website. Luti is a full-time biology professor at Oakland Community College in Waterford, Michigan, where he lives with his wife, Leslie and two cats.

Rivers and mountaintops, seaside, lakes and valleys,
This land between two worlds seemed like a heaven to me
But when the ethnic pride grew stronger than togetherness
Harmony began to fade and soon it was crumbling

Fear led to anger, and anger led to violence
Distinctions were dug out and coated with weapons and rage
The ignorant obeyed their leaders and went against their neighbor
Once again human folly took over the stage

And when I think about my friends from the place I left
Sometimes I wonder where is it that I truly belong
Do they teach their children that you can’t be happy when you hate
Do they smile like in my dreams? Are they still as strong?

The song won the first place in the Huron Valley Martin Luther King art contest in 2014.

View More Videos
“Listening to this album reminds one how really great songs and music can penetrate your heart more deeply with every listen. A deft touch with social justice themes, he’s a writer of love songs to humanity.”

Complete the form on the right and include:
“Please add me to your list!” in the Message area.