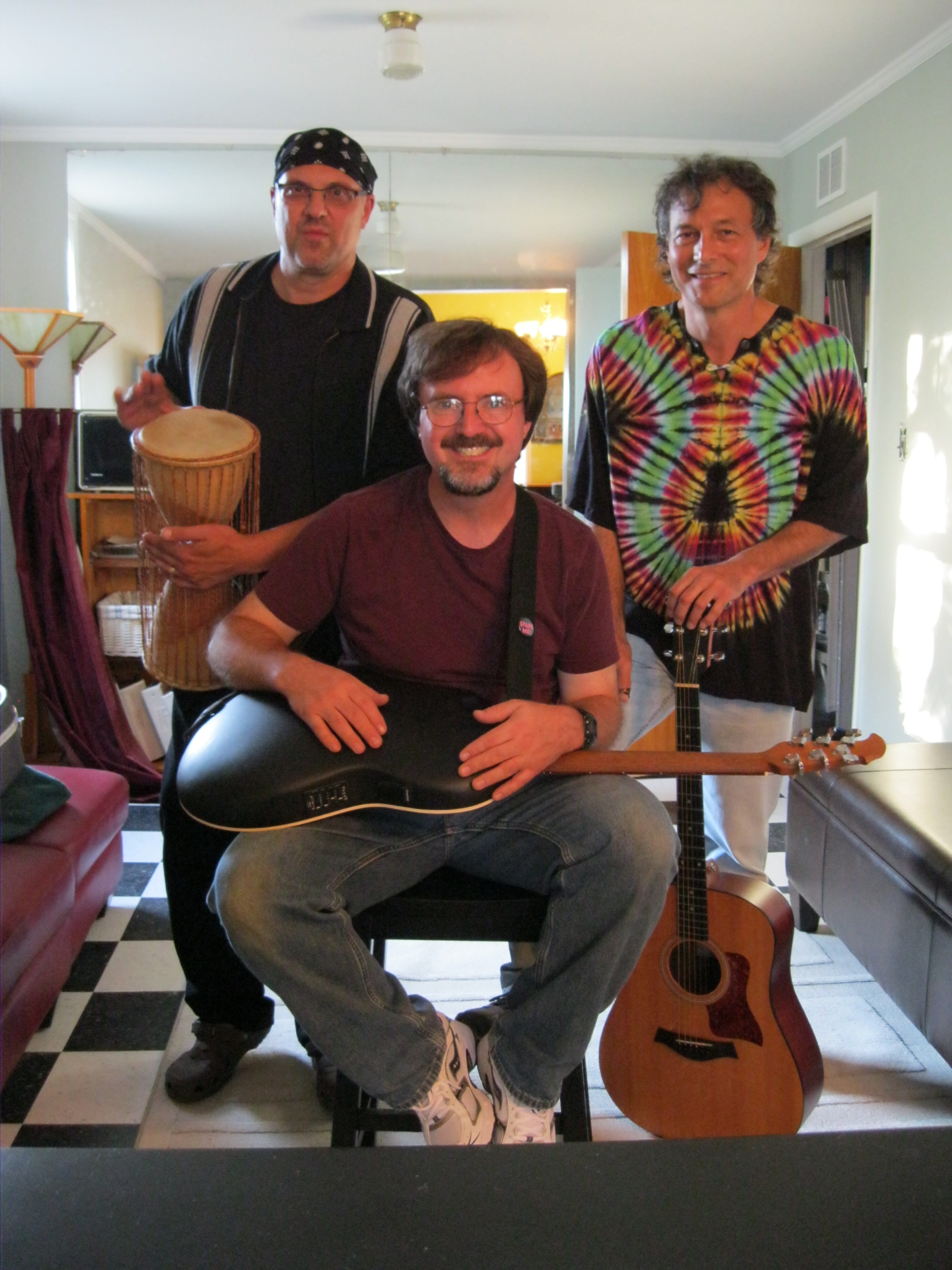 “A writer of love songs to humanity” in the words of musician Annie Capps, Luti was sensitive to human suffering very early. Born Milutin Erbežnik (pron. mee-Lew-tin air-Beige-nick) in the former Yugoslavia, he was raised by a single mom whose three brothers had been killed in the Nazi occupation. His mom introduced him to music by singing to him, playing records (Richard Strauss, Nana Mouskuri, Tom Jones, …), and teaching him to dance (waltz, tango, polka, …). Somehow, the perception of human frailty and the joy of music slowly intertwined in Luti’s persona, and became principal elements of his creativity.

Luti began his music career as a 15-year old by playing drums and singing in a band. A few years later, he was the lead singer and drummer in Angled Projectile, a regionally acclaimed rock band. He taught himself to play acoustic guitar and began writing songs. In college, Luti left the band and focused on his college education, eventually earning a Fulbright Scholarship for graduate studies in the United States. After earning a Ph.D. in molecular biology, Luti spent a decade in postdoctoral research and teaching at liberal arts colleges. All the while, he kept playing guitar, mostly for himself, and mostly for solace … an aspiring immigrant trying to live the American Dream.

Leaving a teaching post at Albion College was a turning point for Luti’s music: this is when he began to take his 12-string Mitchell seriously. Luti’s parting performance for standing room only at the Albion College Coffee House was a green light: it was okay to spend time making music. Since then and for more than a decade now, Luti has been performing across southeastern Michigan. His successful collaborations with other musicians include four years playing in the duo Partly Brothers with Brian Wood, yielding the CD FROM THE START. Luti founded Eastward Bound with John Finan and Clint Lavens, which in 2011 had “one of the best shows in the history” of Live from the Living Room folk music venue, according to its esteemed host Maggie Ferguson.

Luti’s mixed ethnicity (Slovene/Macedonian/Greek), his childhood immersion in folk music from the many ethnic groups coexisting in the former Yugoslavia, combined with exposure to melodic rock (Wishbone Ash, Styx, Queen) and classical music, helped forge his eclectic songwriting style. Luti brings to American folk the subtle rhythms and sounds of folk music from southeastern Europe, blending rich guitar, colorful percussion, and above all a voice dulcet, sinewy, or fierce from phrase to phrase. His guitar playing, equally nimble with finger or flatpick, features diverse rhythms and percussive flourishes. Social injustice, the impact of war on humanity, and joy in nature are among the main themes emerging in both Luti’s solo albums, HALF A CENTURY LATER, and the recently released WHISTLEBLOWER. Luti’s fans have praised his courage in addressing prejudice and inequality, themes that are uncomfortable and challenging to face.

Luti’s commanding stage presence combined with his humility, humor and authenticity establish a bond with his audiences, a connection that only grows stronger throughout his show. After attending the WHISTLEBLOWER CD release show, Freddie McLaughlin said his “lyrics evoke images and emotions untapped…. Yes, even tears.” Mike Chisholm, lead singer of the Detroit Doors, wrote ”I felt your love. For God, humankind, your country … transition, acceptance … just beautiful depiction through your spirit.”